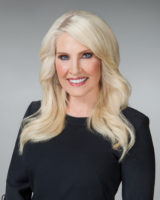 The Arizona Chapter of the American Society of Safety Professionals (AZASSP) is pleased to announce that Anita Helt, General Manager of ABC 15 News has been chosen as the 2019 Executive of the Year. The “Executive of the Year Award” is presented annually by the Arizona Chapter of ASSP to recognize anindividual who is not a safety practitioner, but who visibly and actively supports a culture of safety and health in Arizona.

Ms. Helt was chosen for her overwhelming allocation of resources and commitment in the development and implementation of the ABC 15 Operation Safe Roads initiative. There can be no doubt, Operation Safe Roads has positively impacted hundreds of thousands, and perhaps millions, of Arizona families and drivers. The Arizona Chapter of the ASSP recognizes the importance of leadership as a key to the sustainability of anysafety and health initiative. We are honored and delighted to be part of ABC 15’s community engagement and look forward to providing years of support to you and the amazing team at ABC 15!